In relation to the film ‘The Egg’ that you so beautifully designed, how did you find your way into the world of the short film?

Jane Cho’s script was so beautifully evocative and thought through, it was hard not to fall into the protagonist child’s imagination and explore where that takes you.

The story takes place in a South Korean Grandmothers small Sydney unit in the 1980s. So there is a lot to be unpacked when approaching the design of this. I began with research into 1960’s/70’s living spaces in South Korea- what did the Grandma leave behind when she immigrated? What did she bring to decorate her new home with? Along with the aid of the almighty internet search, I had my own personal travel photos, books and magazines from South Korea from when I travelled there a few years prior.

From this research I became inspired by the layout of the Hanok, a traditional South Korean house where rooms open onto one another to create one large room (traditionally for air flow in the hotter months). This gave me inspiration to design the living spaces in the Australian suburban unit as visually interchangeable: the bedroom and lounge room flow into each other, then into the dining room with its perfect view into the kitchen. This created the flow of the scripted action and offered more options around the mundane reality of the young girls life – from there a lot became possible. 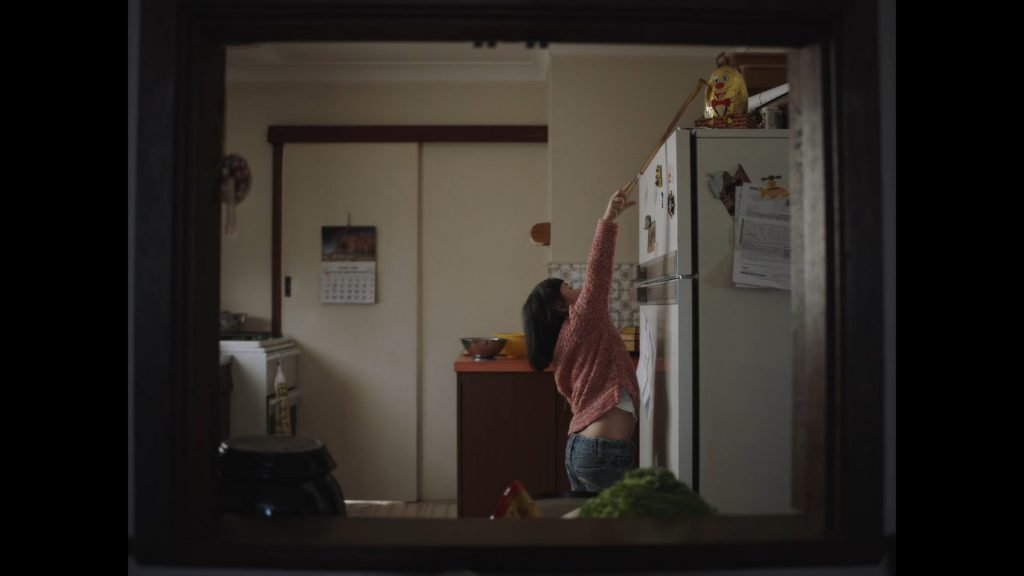 Once I had the Hanok idea, I drafted up the space so I could communicate with Jane and Matt Toll (DOP) my ideas on the flow of the action and how it would work in our shooting location. From here it was pretty much hands on until turn-over. Jane, who is second generation Australian- Korean, introduced me to her family which opened up a wonderful world of furniture, including mother-of-pearl cabinetry, hand sewn quilts, kimchi pots, folding fans and congee bowls. This helped with achieving my overall vision for the shoot as it was authentic South Korean where most of the dressings wouldn’t be available in Sydney or wouldn’t be budget friendly! I then set about designing and making the hero prop the Easter egg. Paper-mache, foil & waterslide decals for the win! Next thing I knew we were bumping it all in! 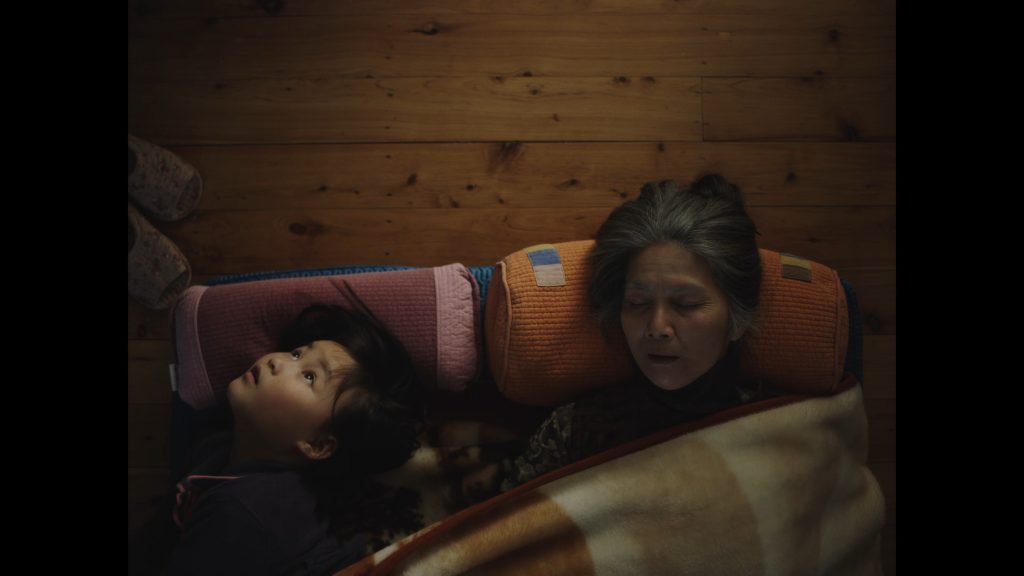 Who made up the art department and set decorating teams on “The Egg” and how did you work with them?

Our little art department consisted of just four of us. Luckily for me, my sister, Merryn is an emerging set decorator, which is great as we have a close working relationship. Merryn is great with set detail so I can really trust her to nail the little quirks of each character when buying – while I’m a big picture person so we have quite complimentary skills in that way.

The other members of our small team were our partners Jamie & Everett who ran the pick-ups in the 3-tonne & slung the heavy furniture (including the very heavy 80’s fridge!) during the bump in & out. Great team! Would hire again. 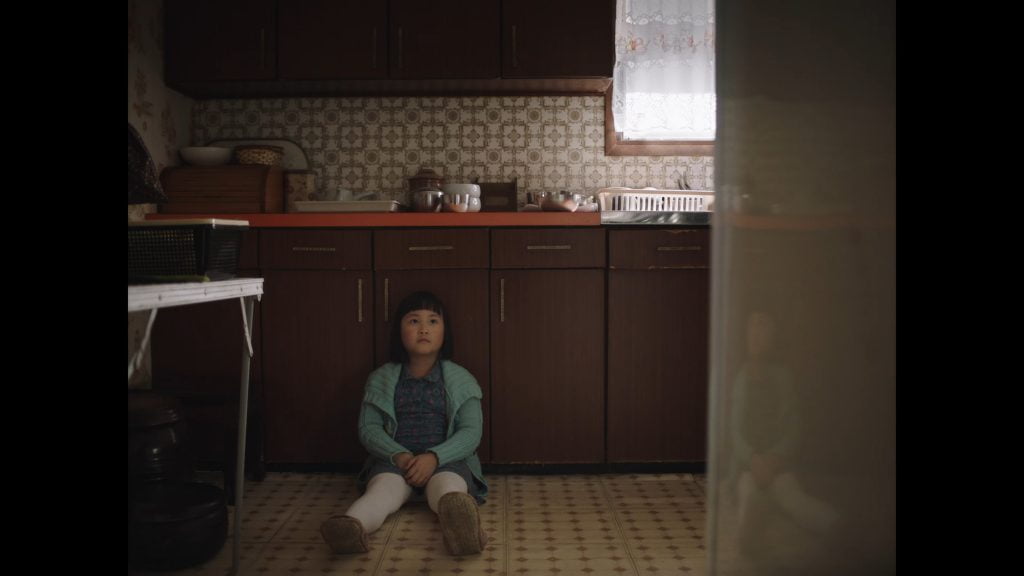 What were the biggest challenges on this project?

Doing period on a budget! The location we secured was beautiful architecturally, however almost every piece of furniture needed to be bumped out to make way for the character dressing- including the fridge, TV & oven. This made it logistically challenging. 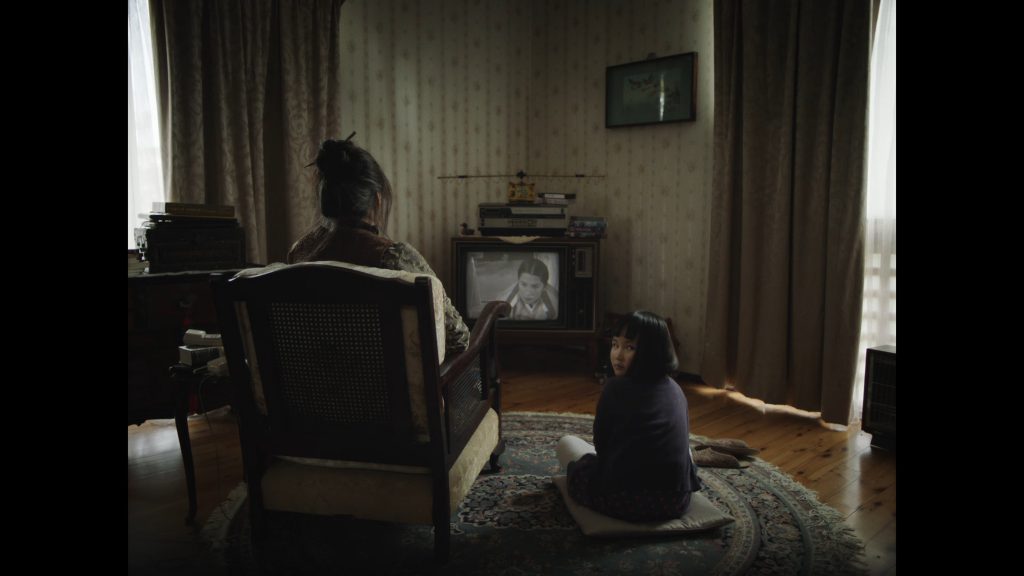 I created visual mood board of reference images to depict the colour, tone and mood of the design. I also drafted up a detailed floor plan in the early conceptual stages of the project which really helped map out where each action would take place and outline the parameters of the story. I kept my team updated with pictures of furniture I was thinking of hiring / buying for the shoot so my visual collaborators were kept up to date with how the design was shaping up. 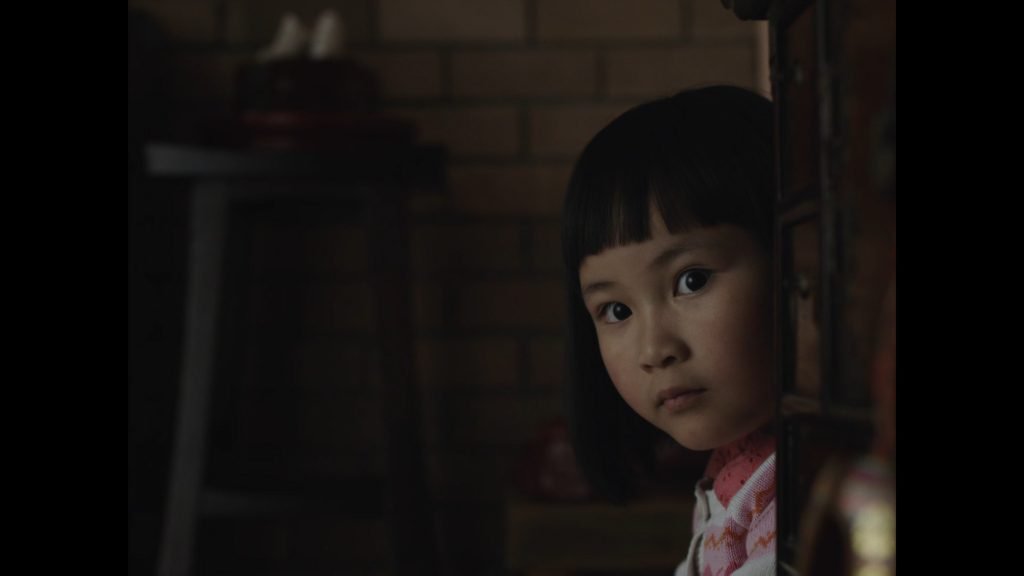 What does your art department space look like during the project?

Oh this is an embarrassing question! A MESS!! I’m a very hands on designer I love pulling things apart, cutting things up and throwing textiles around to find ideas. I love to collage to find colour pallets, shapes, and textures. All very messy things, so I think this is going to be an ongoing battle…. but I’m working on that!