Makeup and hair designer Jennifer Lamphee talks to the APDG about recreating the 1980s on Les Norton.

In relation to the series ‘Les Norton’ as Makeup and hair designer how do you find your way into the world of the series? How much fun is the late 80’s!!!

I loved the world of the 80’s in Les Norton because it was such a fun era. I could remember a lot about it and the crazy big hair and clothes. For makeup and Hair it was a dream job because the hair was so big with hairspray or gel. They were the only styling products back then. Men either gelled their hair or wore it fluffy. There is no mistaking the era of the 80’s as it defiantly had its own look. Big hair. Big makeup. I loved the way there is nothing subtle about it and the more money you had, the bigger the look was. It was an era of showing off and slightly vulgar in its appearance. The makeup was just as crazy. Eyeshadow up to the brow, thick eyebrows, frosty lipsticks and straight blush which even ended up onto the forehead. That was fashion. You also had the punk/goth looks and drag queens wearing eye makeup. So much fun! 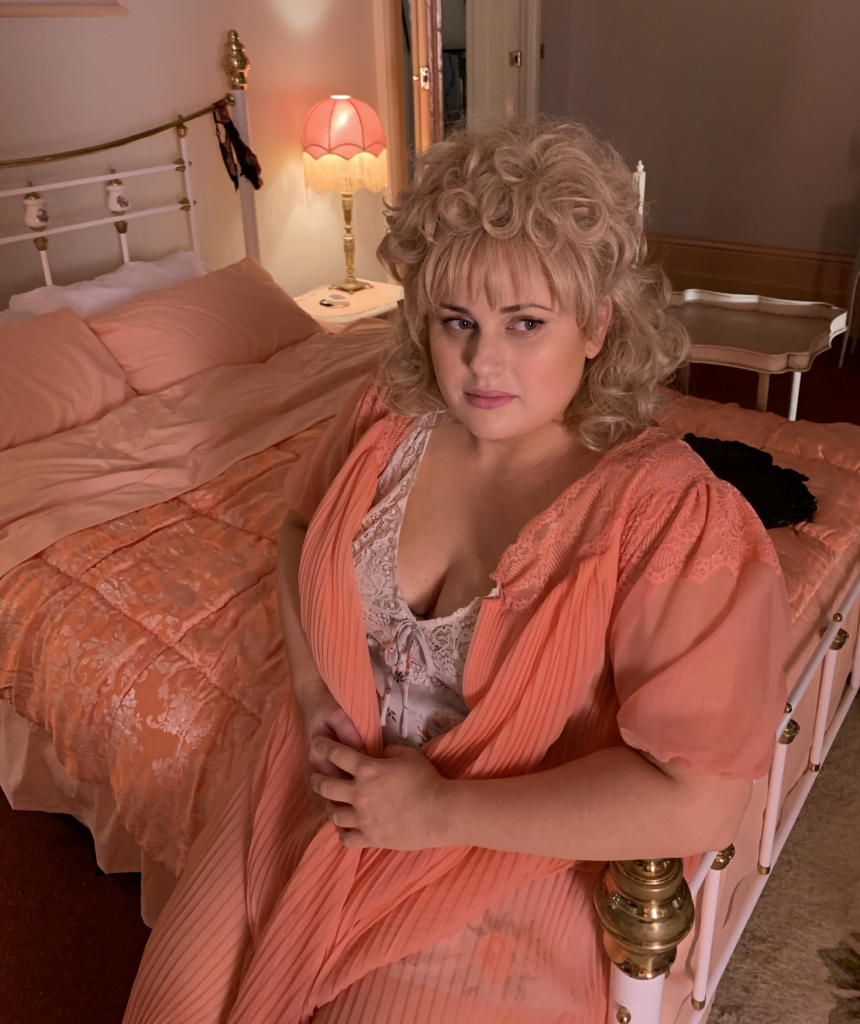 Whenever you receive scripts to read and it’s a period show, always know it will be double the work load because everyone has to go through hair and makeup. My process is breaking the script down scene by scene and writing all the characters individually to work out their arc through the series and plot points. I work with the “days” in the script to see where they are coming and going from. I also get a sense of what the characters should look like. This is a huge process as I work closely with the Directors and the show creator, plus the actor as well. It is very detailed and specific that I get the looks right and that everyone is happy. I did a lot of research into the period and into Kings Cross life at that time. I compound books of references and pictures to help explain the looks to actors as well as for all the crowd scenes so that even down to an extra who walks by looks correct. I make sure I am across everyone. For this show I also designed lots of wigs for different episodes especially Rebels character who played both the twin sisters. I knew that with the amount they had to shoot I needed to make the character changes quick and easy. So wigs gave me that flexibility. Even David Wenham wore a wig. 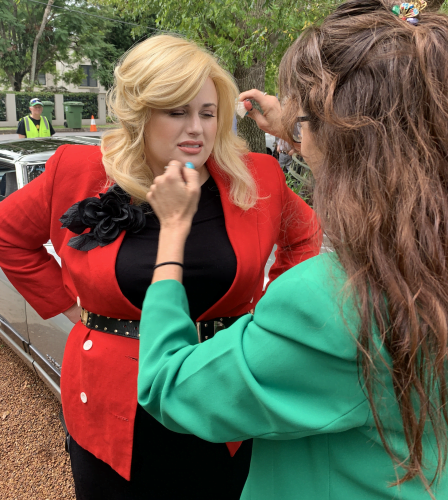 Who made up your team on “Les Norton” and how did you work with them?

My team on Les Norton consisted of 3 other team players, a Key Makeup and Hair who made sure all the looks I have created stayed on point and second Hair and Makeup Artist and an Assistant Makeup. It was a busy show and we often had lots of additional artists who helped do all the big crowd scenes.

What were the biggest challenges on this project?

The amount we had to shoot in the time we had to shoot it. In the first 6 weeks we shot all 10 episodes at once, this made our continuity hectic. We had Rebel only for 5 weeks and she played two characters, so we shot the 10 episodes out of sequence during that time. Sometimes we’d work on 6 different episodes a day. We did it again towards the end with David’s Character. It made it very busy. 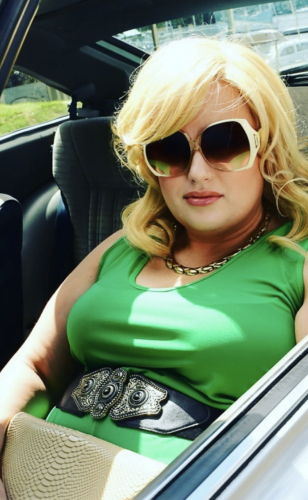 I communicate my ideas through references and then through camera tests. My team are amazing and understand how I like to work. I keep an eye on everything, which keeps my team sharp. I know how the end look should be and to what I like to see on camera. So if I don’t like something we change it. With continuity and photos I make sure the story and the looks flow. We do tests on casts to see what looks the best on them. This is done in pre-production, whether it is colouring hair, cutting, adding prosthetics or wigs there are many test days which lead up to our camera tests. I had a prosthetic nose bump made for Alex to make his nose look less perfect and gave him a bit more of a “boof head” look, like someone who had been in a fight before. We tested this a few times as the network were a little nervous, but I was happy because it worked a treat. 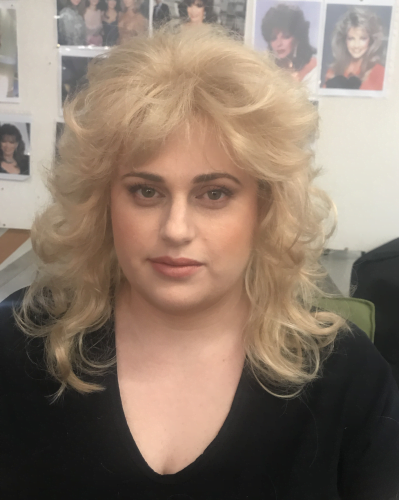 What does your Makeup space look like during the project?

I work out of a truck which usually has 5 stations. When I am creating it usually is extremely messy, I like to call it “Organised Chaos”. It has wigs, pictures, makeup, prosthetics, and glues everywhere! I have the cast pictures on the walls, and inspiring pictures of the era and music.