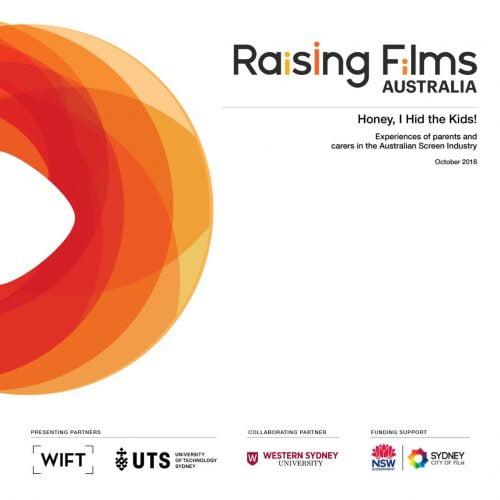 The Raising Films Australia Screen Industry Survey report Honey, I Hid the Kids!: Experiences of parents and carers in the Australian Screen Industry, has been released.

The survey was coordinated by WIFT NSW to explore the experience and needs of parents and carers working in the Australian screen industry.

The online survey was constructed by Professor Deb Verhoeven of UTS: University of Technology Sydney with the Qualitative Data Analysis led by Dr Sheree Gregory of Western Sydney University. Whilst the project was funded through financial support from Create NSW.

The survey results will now be further digested, with a deeper analysis to be handed down in November. Broader strategies to address the issues raised in the report will then be fleshed out in an industry forum to be held at the Australian Film Television and Radio School, in Sydney on December 6th. More details about the forum will be announced shortly.

The Raising Films Australia Screen Industry Survey can be downloaded at https://www.wiftaustralia.org.au/surveyreport