IN THANKS OF OUR SPONSORS AND PARTNERS

Every year the Australian Production Design Guild highlight and celebrate the achievements of Australia’s leading designers across live performance, film, television, web and events with our annual APDG awards.

The awards are made possible with the support of our wonderful sponsors.

There are a number of sponsors who have been championing the APDG awards since their inception in 2011 including our Principal Sponsor Docklands Studios Melbourne.

Special thanks go to Rod Allan, CEO Docklands Studios Melbourne, who goes above and beyond for the awards.

Many thanks also to Next-Printing, the Cameron Creswell Agency,  Photoplay, Hero Frock Hire, M.A.C Cosmetics and WYSIWYG 3D.  So thank you Romeo Sanuri, Jane Cameron, Oliver Lawrance, Suzy Carter and Mark Lucas, Isa Videll-Jane and Leanne and Shane Rolton for their ongoing support since the beginning.

Thank you to the generosity of Catherine Martin and an anonymous donor for 2019.

Design Awards have created and produced the bespoke awards every year since 2011, thank you Charles Penton-Dodds.

Thanks to David ‘Spider’ Lewis and the ACS who loan their fabulous space for the APDG monthly meetings.

Our In-kind sponsors include Showgroup, Zagame’s House and Art Series Hotels, Adobe, PAD, Wacom and the Props Store, thank you for the great in-kind and prizes.

The APDG look forward to celebrating with all our partners and working with them all in 2020, the 10th anniversary of the APDG Awards. 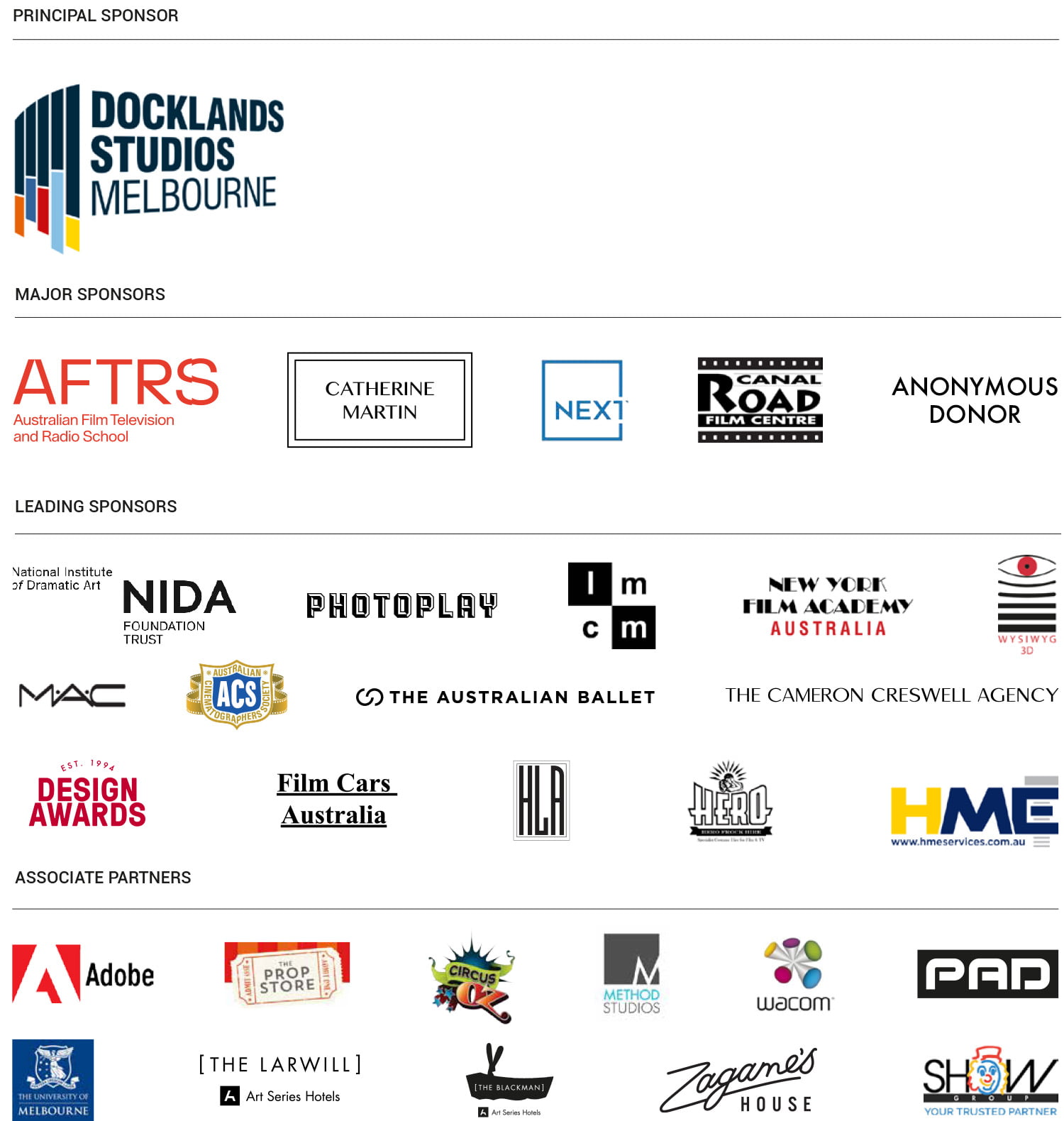